We all learned about the Fibonacci numbers in school. If you need a refresher course, the integers in the Fibonacci sequence start with 0 and 1. Each subsequent number is the sum of the previous two, so the third number in the sequence is 1, the fourth number, is 2, the fifth number is 3, and so on. 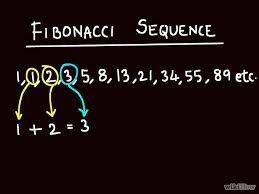 Artists and architects have been using geometrical and mathematical properties since ancient times. We’ve seen it used by architects from Ancient Egypt, Greece, and Rome, and by Renaissance artists like Michelangelo and Da Vinci. However, Vila wanted to showcase how these properties are used in nature.ibonacci spiral is something we see every day in nature but never really pay much attention to.

Fibonacci sequences appear in biological settings,] in two consecutive Fibonacci numbers, such as branching in trees, arrangement of leaves on a stem, the fruitlets of a pineapple,] the flowering of artichoke, an uncurling fern and the arrangement of a pine cone, and the family tree of honeybees. However, numerous poorly substantiated claims of Fibonacci numbers or golden sections in nature are found in popular sources, e.g., relating to the breeding of rabbits in Fibonacci’s own unrealistic example, the seeds on a sunflower, the spirals of shells, and the curve of waves

Fibonacci numbers also appear in the pedigrees of idealized honeybees, according to the following rules:

Thus, a male bee always has one parent, and a female bee has two.

This beautiful video by director Cristobal Vila illustrates the Fibonacci Sequence. Music is by Wim Mertens. You can also see the video on YouTube

Want to join the discussion?
Feel free to contribute!